Green Chile In The Air, Vol. 4 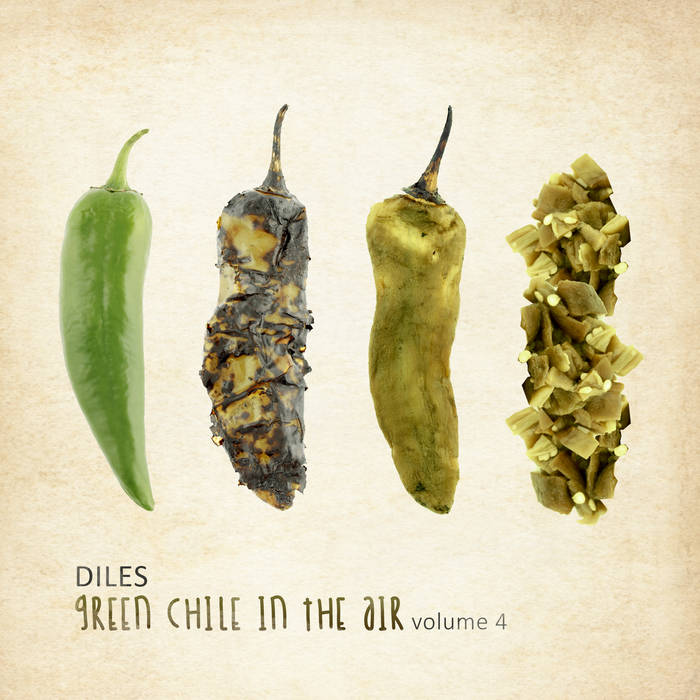 This is the 4th installment of the annual album Green Chile In The Air from Albuquerque producer Diles, with Visceral View Entertainment. This year brought the focus closer to home yet still represents an array of artists from L.A., Denver, Colorado Springs, Chicago, and of course Albuquerque. This year features local heavyweights and veterans of the music scene such as Jungle One, Def-I, Darbstar, Eph Sharp, Kayohes, Ras Elijah Tafari and former Albuquerque Poet Laureatte Hakim Bellamy, as well as up and coming rising artists such as Dremon and Ras Illy. There is also a handful of national and international recording artists such as Illuminati Congo, Mike Wird, Idris Goodwin, Charles Ex, Lucy LaForge, Anacron, and Raashan Ahmad to round out this years batch.
In keeping with tradition, the majority of the songs (crop) were conceived (planted), recorded (cultivated) and mixed (harvested) during “Chile Season”, which occurs during the fall every year in New Mexico. Out of town artists record their songs in their respective cities and files are sent to Diles at Central Root Studios, where the songs are arranged, compiled, and mixed. The series provides insight into the budding and eclectic music scene that is present in Abq, NM. Whilst showing the power of collaboration in both community and in online scenarios as well. The 'Green Chile In The Air' series also shines light into the production of green chile, which is a huge industry that faces a variety of potential risks every year i.e drought, labor, etc....
Look out for another prolific year from Visceral View Entertainment in 2015 by Diles with a handful of collaborative projects with artists such as Anacron, Z-Man, Hakim Be, Charles Ex, Jungle One, Molina Speaks, Idris Goodwin and even more. Plant it, pick it, roast it, peel it, bag it, freeze it, dethaw it, put IT on everything. #GreenChileInTheAir